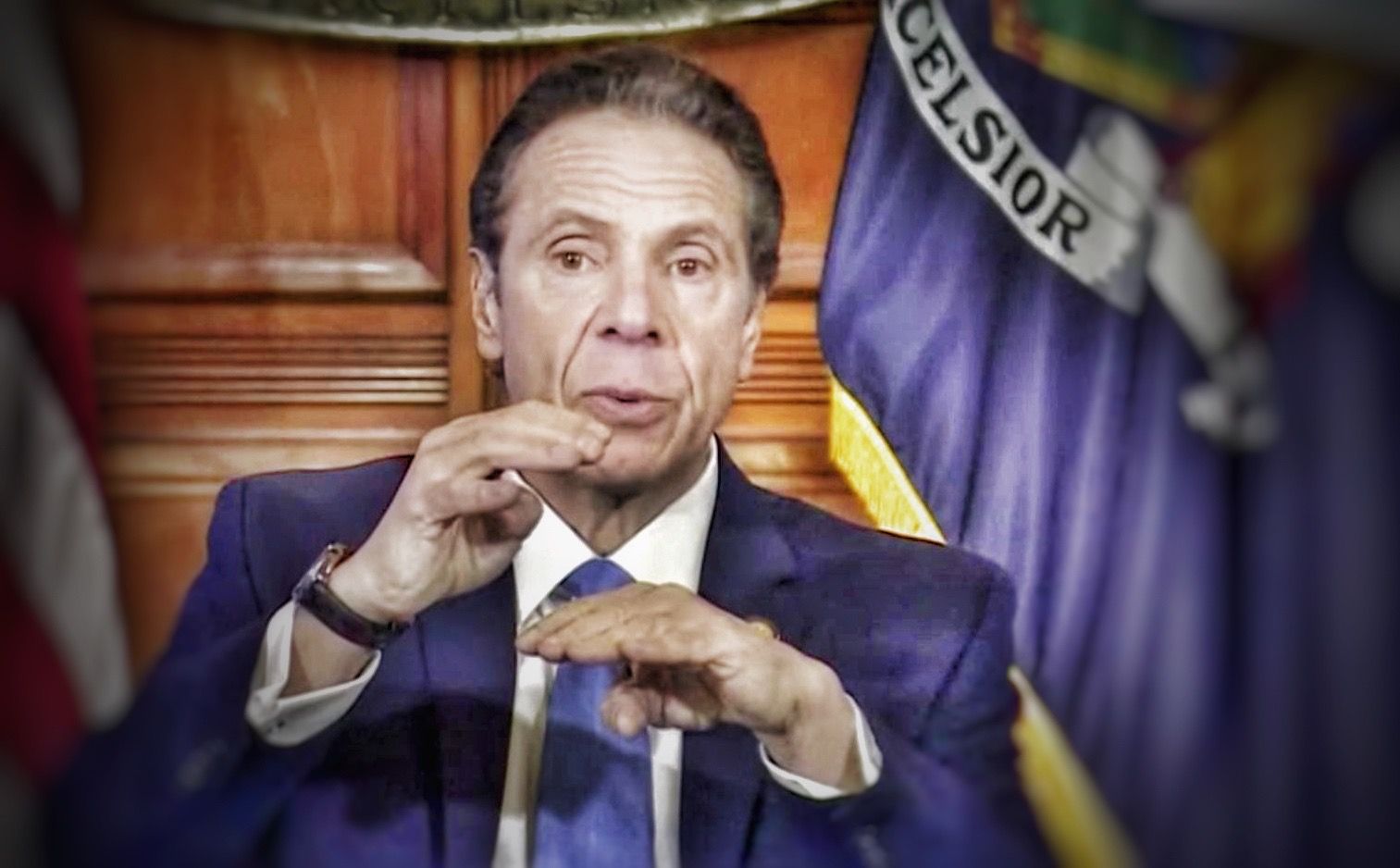 The Power of Story In Crisis: Andrew Cuomo Shows How It's Done (updated - and then how it's not done)

Our need for compassionate, thoughtful, and decisive leadership is best served by a blend of hard truths and something far more difficult to conjure: the power of our collective human capacity for decency, love, and levity.

First, on March 16th, he forcefully raised the alarm about a lack of federal leadership and coordination during this mounting pandemic crisis. Calmly using simple language and irrefutable logic, Cuomo pointed out that a patchwork approach to communicating and enforcing civic health guidelines would likely lead to chaos, exponential viral spread, and an overwhelming of our healthcare system. Cuomo’s comments that day got both the media’s and Washington’s attention, contributing to a much-needed, growing national consensus that—yeah—we’re in real trouble here.

The following day, Cuomo directed his attention to the more human side of the crisis (watch the video below). Taking a page from President Franklin Delano Roosevelt’s playbook, Cuomo acknowledged the simple joys and challenges of families living in close quarters for, quite possibly, weeks on end. In contrast to the onslaught of unnerving news breaking across the media spectrum, Cuomo’s self-deprecating, extemporaneous recounting of a family visit to his parents’ apartment was at once touching, wry, and reassuring—a powerful recognition that our need for compassionate, thoughtful, and decisive leadership is best served by a blend of hard truths and something far more difficult to conjure: the power of our collective human capacity for decency, love, and levity.

That, in these difficult times, Andrew Cuomo has been able to modulate all these things into his daily communications is much to his credit and our benefit.

In early February 2021, Cuomo top aide Melissa DeRosa admitted to the administration's holding back of critical data about the number of COVID-related deaths across New York State’s nursing home population. According to the New York Times, while speaking privately to a group of Democratic lawmakers, Ms. DeRosa was quoted as saying, “We were in a position where we weren’t sure if what we were going to give to the Department of Justice, or what we give to you guys, and what we start saying, was going to be used against us and we weren’t sure if there was going to be an investigation.” Governor Cuomo now faces bipartisan calls for a curtailing of the emergency powers he has exercised during the pandemic.

Withholding important public health data for political or legal reasons is antithetical to the Governor’s promotion of fact-based, straight-talking leadership in crisis. If we’ve learned anything over the past twelve months, it is that obfuscations and falsehoods harm the public good while facts and the truth -- no matter how difficult they are to express or hear --  are what will keep us safe and see us through.

Gov. Andrew Cuomo: Also on a personal level, this is, we use the word disruption, such a clinical, antiseptic word, it's a period of disruption. Life has turned upside down, it's just turned upside down. Remember those snow globes when you were a kid and you shook the globe and the snow went all over and the whole picture changed as soon as you picked up and shook that snow globe? Somebody picked up our country and just shook it and turned it upside down. And it's all chaotic and things are flying all over. And there's new information and there's misinformation. And people don't know what to do and businesses are closing and the rules change every minute. And can I go out, can I not go out, how do I get the virus, how do I not get the virus. And now I'm at home and I'm stuck at home and the kids are at home. And then there's a whole component to this, don't touch anyone. Don't hug, don't kiss. We're human being - that interaction is so important to us, that emotional affirmation is so important to us. And now you have all those weighty decisions - should I go out, should I not go out? Is this safe for my kids? Is this not safe for my kids? I'm stuck in my house.

Having all the kids in that tight environment, that's very stressful. That's why yesterday we said all the fees on all the parks are waived. Get out of the house, go to a state park, we have beautiful state parks. By the way, traffic is down, put the kids in the car, go to a state park, go to a county park, go to a city park - Shirley Chisholm Park in Brooklyn is beautiful, it's open, it's air, the weather is getting better. Spend the time with the kids.

There's also tension among families. I mentioned my mother who is numerically a senior citizen, although not in her reality. I wanted her to stay home, I want her to be isolated. She's my mom, I want her protected. One of my siblings said, "I want to take mom to my house and we're going to have a party at my house and I want her to see the kids." I said, "That's a mistake. You shouldn't do that. You should let mom stay home. I'm more protected." The sibling was saying, "I want to take mom, get her out of the apartment, it's closer to the kids." I said, "You don't know. All you need is one kid." All day long, all I hear about it is people coming up to me saying I didn't know, but my daughter was with this person. So I can even see the tensions in the families. And that's real too and people should expect that.

And lastly, there is something to this lack of ability to connect. Don't hug, don't kiss, stay six feet away. We are emotional beings and it is important for us, especially at times of fear, times of stress, to feel connected to someone, to feel comforted by someone. I mentioned my daughter. I have not seen my daughter in over two weeks. It breaks my heart. And then this concept of maybe I can't get next to her because of this virus, there is a distance between me and my daughter because of this virus, its saddens me to the core and it frightens me to the core. And I had her on the phone this morning and I said it to her. I just said it to her. I said I can't tell you how hard this is for me not to be able to be with you, not to be able to hold you in my arms, not to be able to kiss you all over your face - which she hates anyway. And that plays out a thousand different ways, you put all of this together - it is a hard time. It is a hard time on every level. It is a frightening time on every level.

We will lose people, yes, like we lose people every year with the flu. We are going be challenged and tested. There are going to be periods of chaos, yes. We have been through that before also. But this is all we are talking about and we will learn from it and we will be better prepared the next time because this is not the last time my friends. This has been a growing rate of this emergencies and health situations and storms. But we are going to get through it and we are going to get thought it together. But understand the pressures that everyone is feeling and let's be considerate of those feelings that are now collective and societal.